In 1839, Harriet Powell, a young, mixed-race, enslaved woman slips away from a hotel in Syracuse, New York, and escapes, finding temporary safe harbor in the home of impassioned abolitionist Gerrit Smith. With the slave catchers in pursuit, Harriet spends the hours before her nighttime escape to Canada in the company of Smith’s young cousin Elizabeth Cady, an outspoken advocate for women’s equality. As both women confront new and difficult ideas about race, identity, and equality, Harriet is forced to the precipice of a radical reckoning with the heartrending cost of freedom.

This production is made possible in part by generous gifts from Tri-M Foundation and the Upstate Theatre Coalition for a Fairgame.

“this play is riveting” –WWNY TV

SCOTT HOLDREDGE (Set Design/Lighting Design/Technical Director) is excited to be back with FSC this summer. He is currently full time faculty at SUNY Cortland.  His most recent work at SUNY Cortland was Scenic Designer on Annie Get Your Gun, Dangerous Liaisons, and The Children’s Hour. Scott has also worked for Syracuse Opera, Syracuse University, and Unatego High School theaters as their set/lighting designer and technical director. Scott has worked in NYC, LA, and San Diego in theater, corporate events, theme parks, haunted houses and film.

LESLIE NOBLE (Director) is a Co-Artistic Director of FSC, for whom she directed The Country Wife and The Price. She is on the faculty of Syracuse University Department of Drama where she teaches clowning and acting. Directing credits include Servant of Two Masters for SU; The Master and Margarita and Mad Forest for Lemoyne College; Woman in the Blue Dress for Syracuse Stage; and a workshop of Evolution for The Berkshire Theater Festival. Leslie is co-founder of Gams on the Lam, a clown theatre ensemble, and is a station voice for WCNY-TV.

EMILY PIRAINO (Stage Manager) has just finished her fifth season at Syracuse Stage as the Stage Management Journeyman, and is so pleased to be returning to Franklin Stage. Regional credits for assistant stage management include: The Humans, Native Gardens, The Magic Play, Next to Normal, How I Learned to Drive, and the world premiere of Possessing Harriet. She is also a proud member of the Stagehand Unions ITEA Local 1, and IATSE Local 9, and is a freelance lighting designer. Em is a graduate of the Theatre Arts program at LeMoyne College in Syracuse, NY.

ERIN CHRISTINE WALSH (Elizabeth Cady) is a Brooklyn based actor, singer, and theatre artist. She holds a BFA in Acting from Syracuse University, where her training also brought her to Shakespeare’s Globe in London, England, and to New York’s Upright Citizens Brigade. She is thrilled to return to Central New York for this brilliant new piece. Credits: A Doll’s House Part 2, Tangled the Musical (Disney), A Christmas Carol (Syracuse Stage), South Pacific; Agamemnon, The Mystery of Edwin Drood, and The Good Woman of Setzuan (Syracuse University). ErinChristineWalsh.com 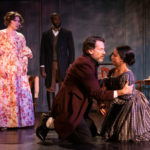 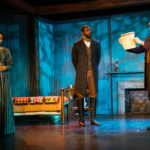 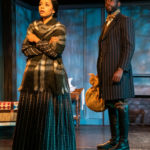 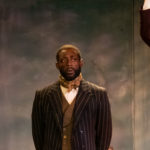 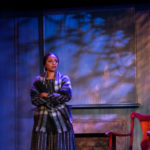