Our Mission and History

Franklin Stage Company’s dual mission is to produce professional, admission-free theater that brings together audiences and artists to create community and celebrate the enduring power of stories; and to ensure the preservation of Chapel Hall, our historic home, as both an architectural treasure and a center of community activity.

Founded in 1996, the Franklin Stage Company is dedicated to producing classic and new plays that stimulate thought and provoke discussion, to illuminate as well as entertain. FSC also presents both emerging and established artists working in a variety of performance disciplines.

The company was founded on the principle that great theater should be accessible to all.

FSC was founded in 1996 by Franklin residents Eugene Marner, Carole Lucia Satrina and then-Mayor Thomas W. Butts when the local chapter of the FreeMasons, who'd owned the building since 1909, offered to give it to them to start a theater. In this way the Lodge, which could no longer maintain the building, could be assured that Chapel Hall would continue to be a public space, available to community and cultural groups for social events and public performances. Over the next several years, the founders nourished this unexpectedly radical institution - an admission-free, rural, professional theatre presenting classical plays - and built a solid foundation of artistic excellence.

In 2006, Carmela Marner and David Bridel were named Co-Artistic Directors of the Franklin Stage Company.  Both had been integral to the company from the start–Carmela as Producer-Actor and David as Producer-Director–and they relocated from England to the US to engage more fully in its development. During their tenure, relationships with international actors and designers inspired unique collaborations such as a production of A Midsummer Night’s Dream set in a forest of wind and water instruments.

In 2010, Carmela took over sole artistic and administrative leadership of the company until 2016. Under her leadership, classic works by authors such as Seneca, Shakespeare, Chekhov, Congreve, Ibsen and Shaw received innovative stagings and fresh interpretations; an intern program was established, programming expanded to include a variety of performance disciplines such as opera, dance and puppetry, Chapel Hall underwent numerous critical renovations, and FSC's yearly grant from the New York State Council on the Arts (NYSCA) tripled, further cementing FSC's status a cultural force in the region.

In 2017, Leslie Noble and Patricia Buckley assumed operations with a commitment to build upon this legacy of excellence.

For over 20 years, FSC has been privileged to produce classical and classically inspired works for our generous audiences.  Our actors, directors, designers and creative staff work at top theaters and festivals around the world. They have helped make us the only fully professional (Actors' Equity Union) theater in Delaware County.

Our policy of admission-free theater (donations gratefully accepted) insures that all are indeed welcome, regardless of ability to pay. 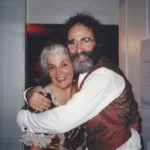 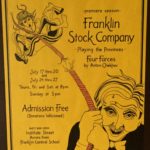 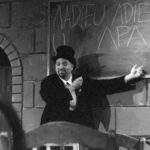 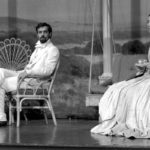 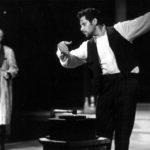 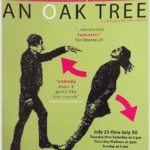 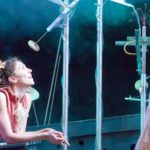 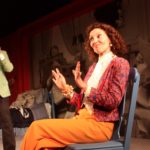 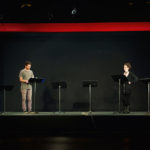