Ms. Kellogg is currently designing FLYIN’ WEST for the Westport Country Playhouse.  Her set for PASSIONS appeared in the 2013 Glimmerglass Festival, and this fall at the White Nights Festival at Lincoln Center.  Her designs for the 2004 world premier of Richard Danielpour’s opera, MARGARET GARNER were exhibited at the June 2007 Prague Quadrennial, an international exposition of scenography.  Other opera work includes THE TENDER LAND for Skylight Opera and PAUL BUNYAN for the Manhattan School of Music.

She was Resident Designer for the 1992-93 season of Tony Randall’s National Actors Theatre.  Other Broadway credits are ANY GIVEN DAY, the George C. Scott revival of ON BORROWED TIME, LUCIFER’S CHILD, starring Julie Harris, AMERICAN BUFFALO with Al Pacino, DA, REQUIEM FOR A HEAVYWEIGHT, A DAY IN THE DEATH OF JOE EGG, SOLOMON’S CHILD, ARSENIC AND OLD LACE, STEAMING and THE BEST LITTLE WHOREHOUSE IN TEXAS.  Designs for Circle in the Square include SPOKESONG, HEARTBREAK HOUSE and PRESENT LAUGHTER. Off-Broadway, Ms. Kellogg has worked for the New York Shakespeare Festival’s Public Theatre, the Signature Theatre, the Second Stage, the Manhattan Theatre Club, Playwrights Horizons and the Roundabout Theatre, among others.  She received Theatre Development Fund’s 2014 award for Sustained Excellence in Scenic Design, the 2006 Distinguished Achievement in Scenic Design from USITT, the 2002 Ruth Morley Design Award, the 1995 Mary L. Murphy Award for Excellence in Design, and shared the first Michael Merritt Award for Design and Collaboration in 1994.

Other honors were the 1983-84 Boston Theatre Critics Circle Award and Los Angeles Drama-Logue awards for 1988 and 1991, and a New York Drama Desk nomination for both the 1982-83 and 1983-84 seasons.  She has worked in London, Moscow, in film and television, and in the American resident theatres for thirty-five years. She was a 1992-94 Pew Charitable Trust Residency fellow with the Alliance Theatre in Atlanta, Georgia.  She has taught at Princeton University, Columbia University and was Associate Professor of Design at Colgate University from 1995 to 2017. She is the author of four science fiction novels (A RUMOR OF ANGELS, the two-volume LEAR’S DAUGHTERS, and HARMONY), and a fantasy series, THE DRAGON QUARTET, consisting of THE BOOK OF EARTH, THE BOOK OF WATER, THE BOOK OF FIRE and THE BOOK OF AIR.  Her stage adaptation (with music by Michael Koerner) of Madeleine L’Engle’s A WRINKLE IN TIME was produced by the Children’s Theatre Company in Minneapolis, and her original musical, LIVIN’ IN THE GARDEN (music by Melanie Hammet) premiered at the Alliance Theatre in 1997. 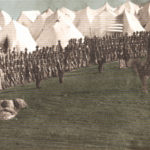